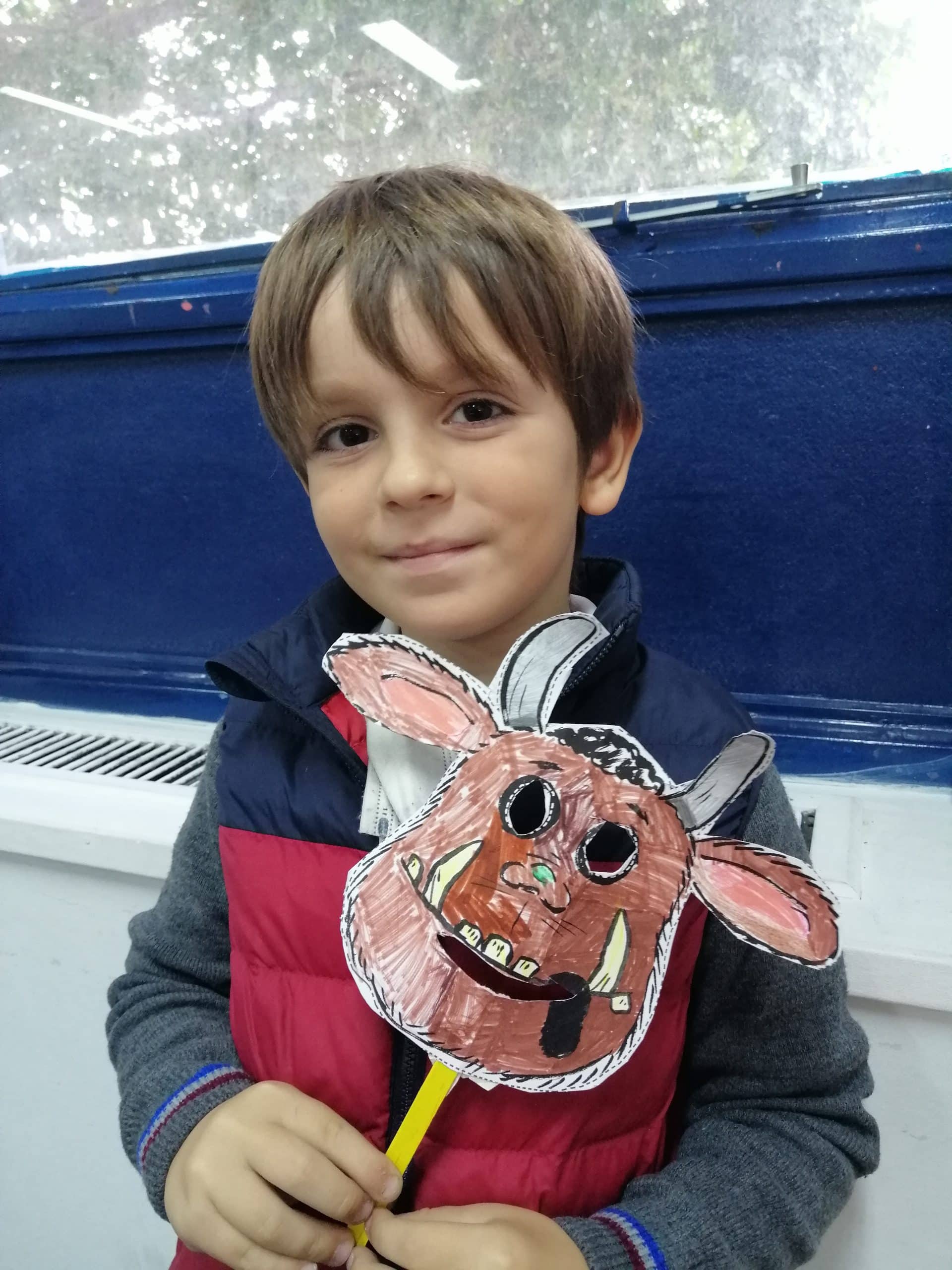 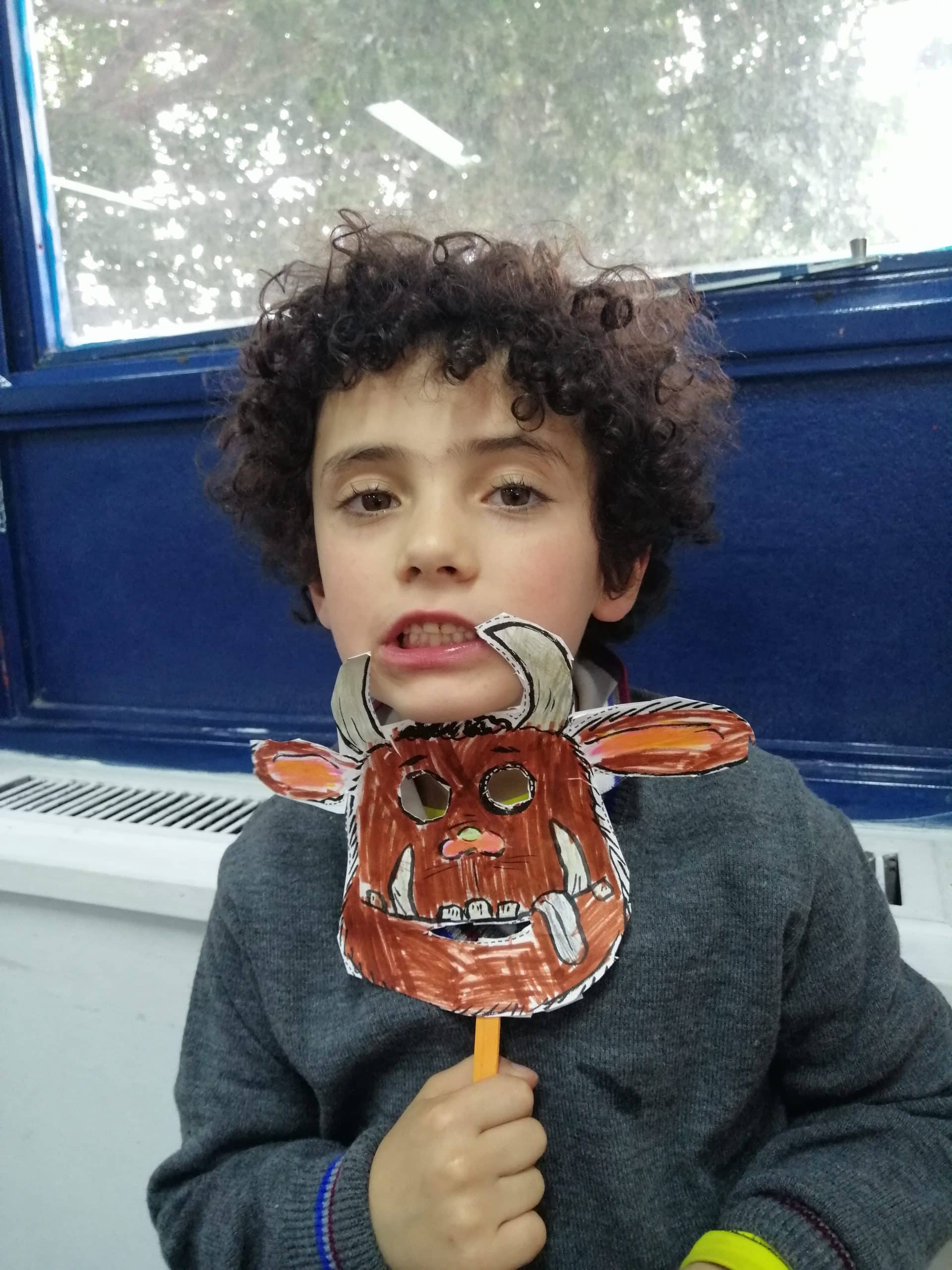 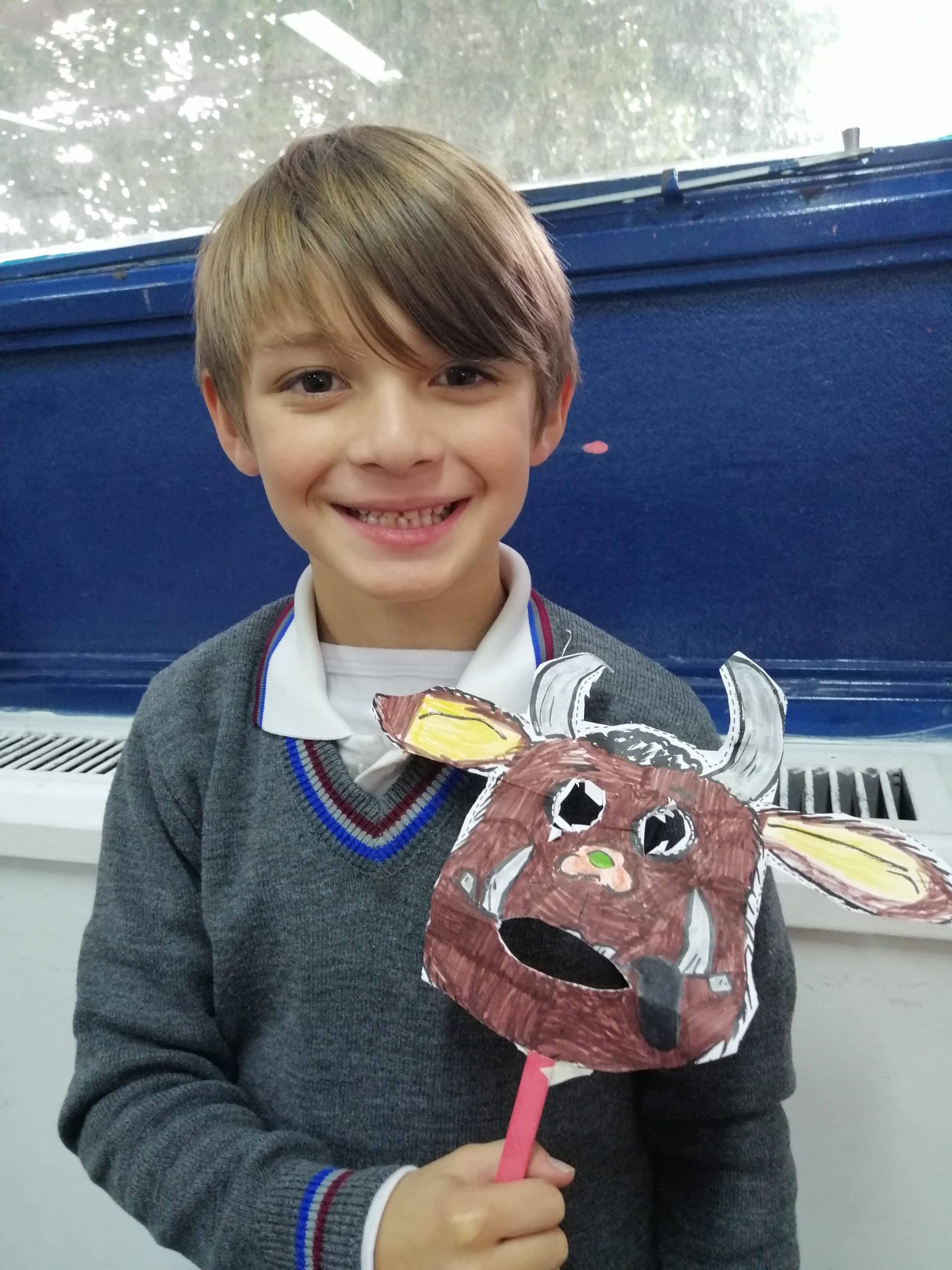 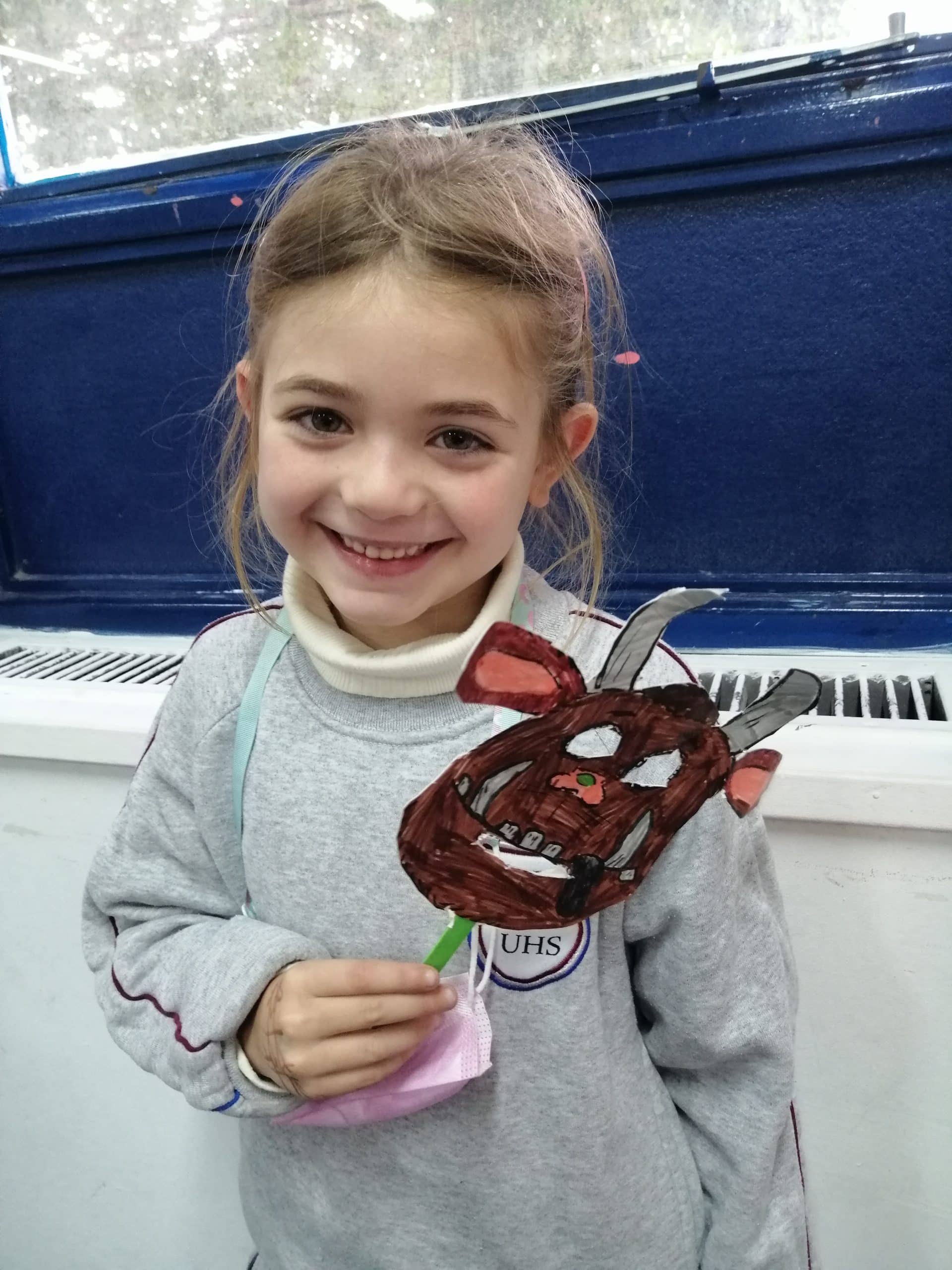 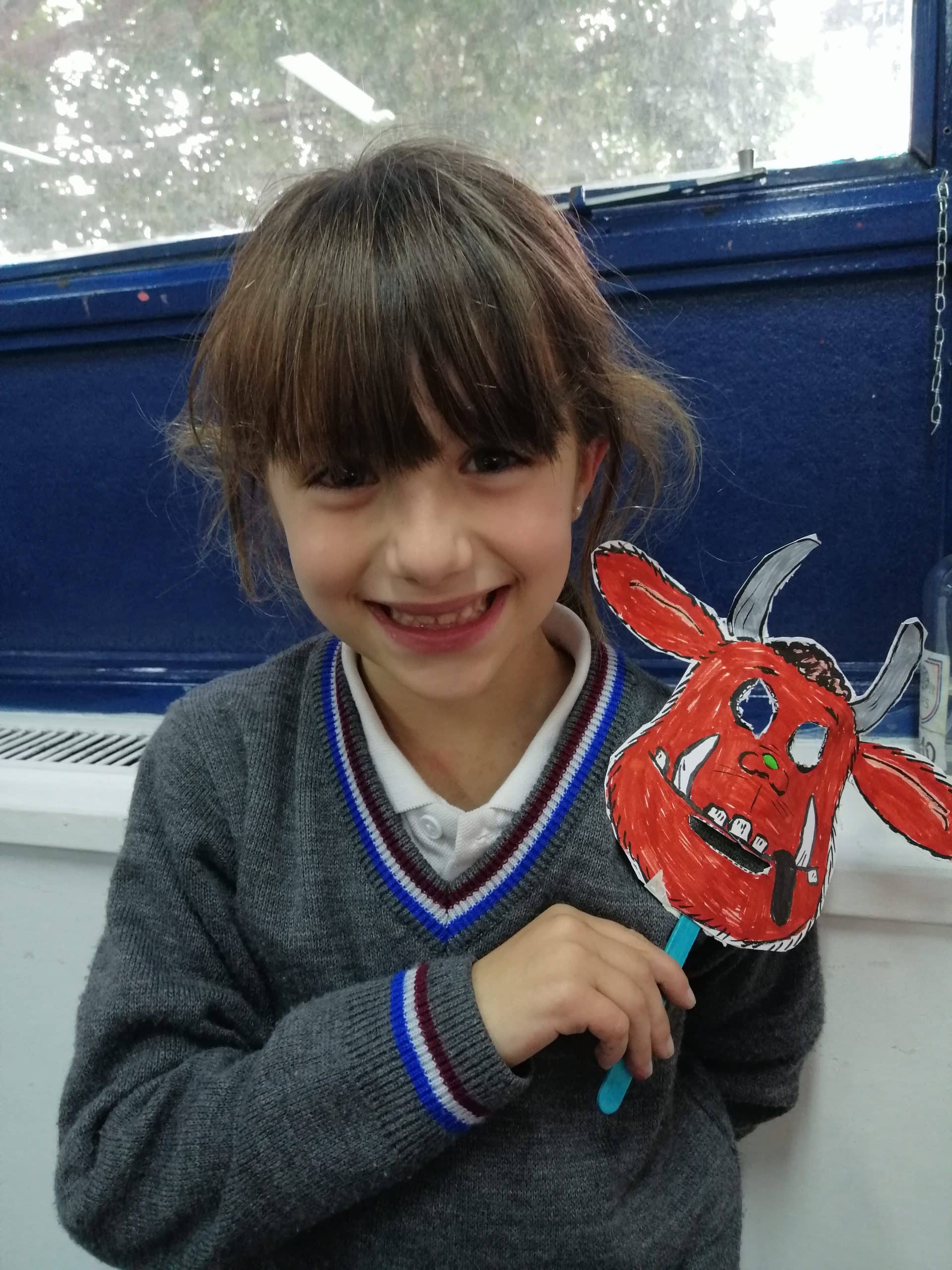 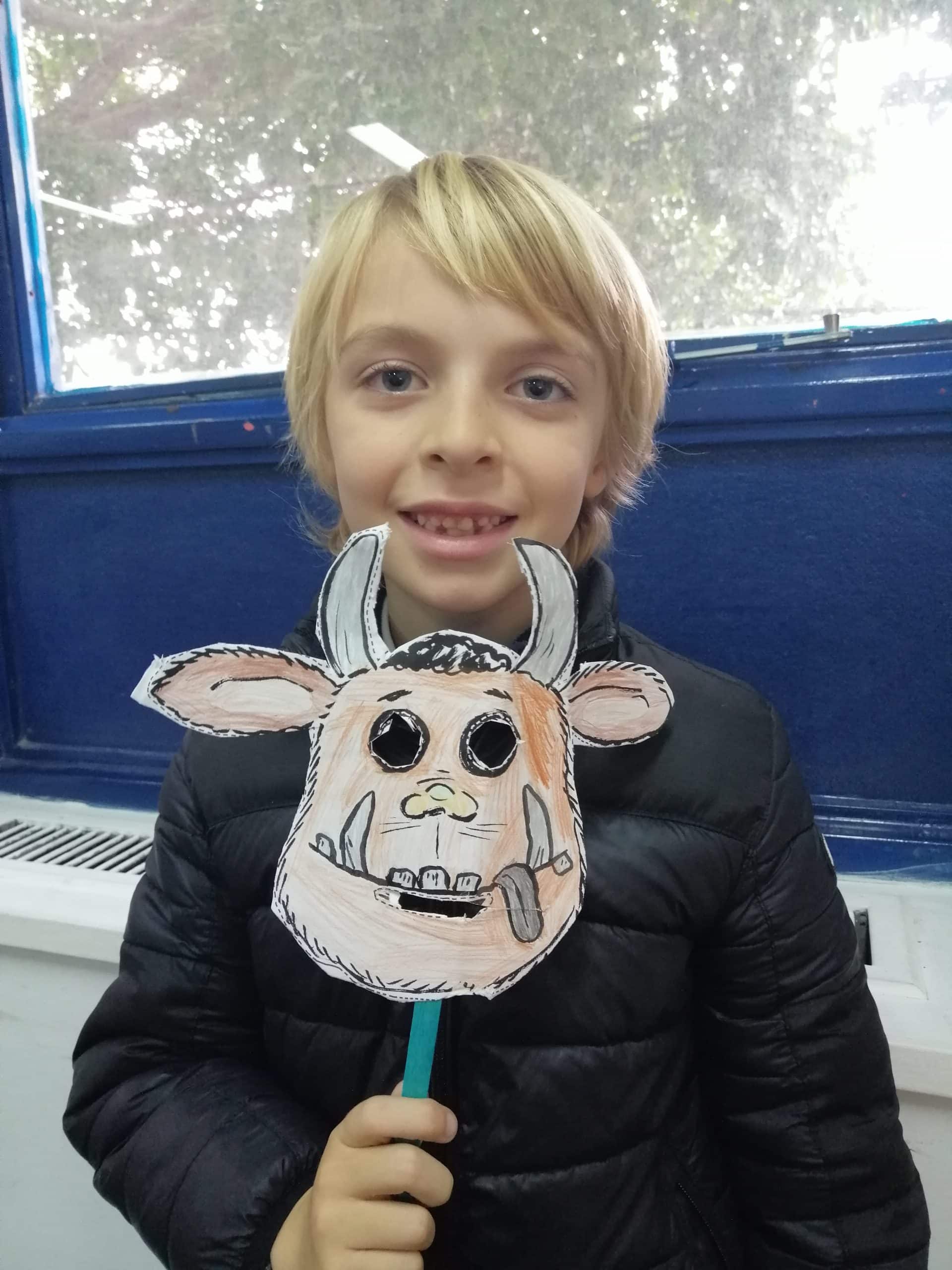 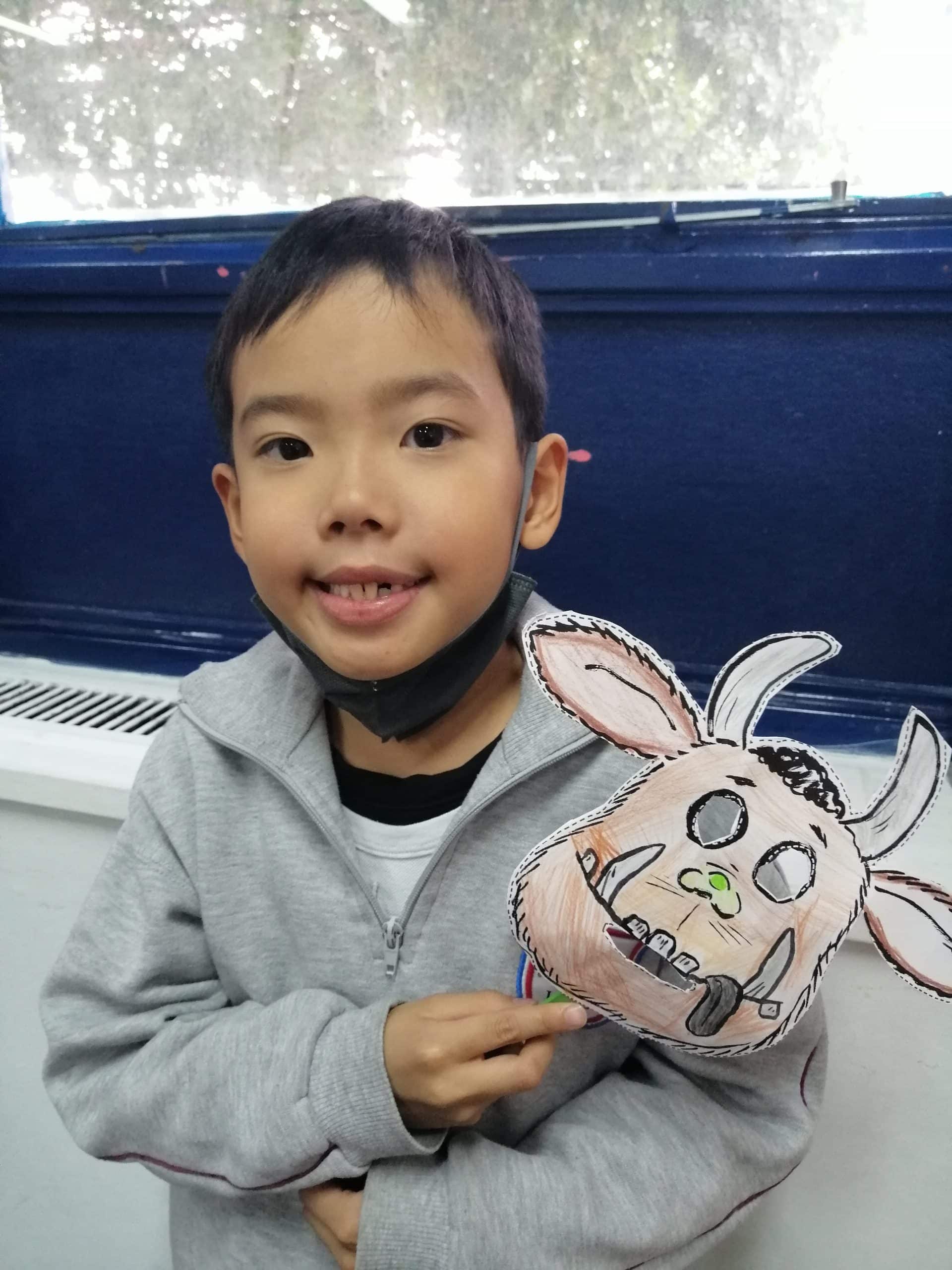 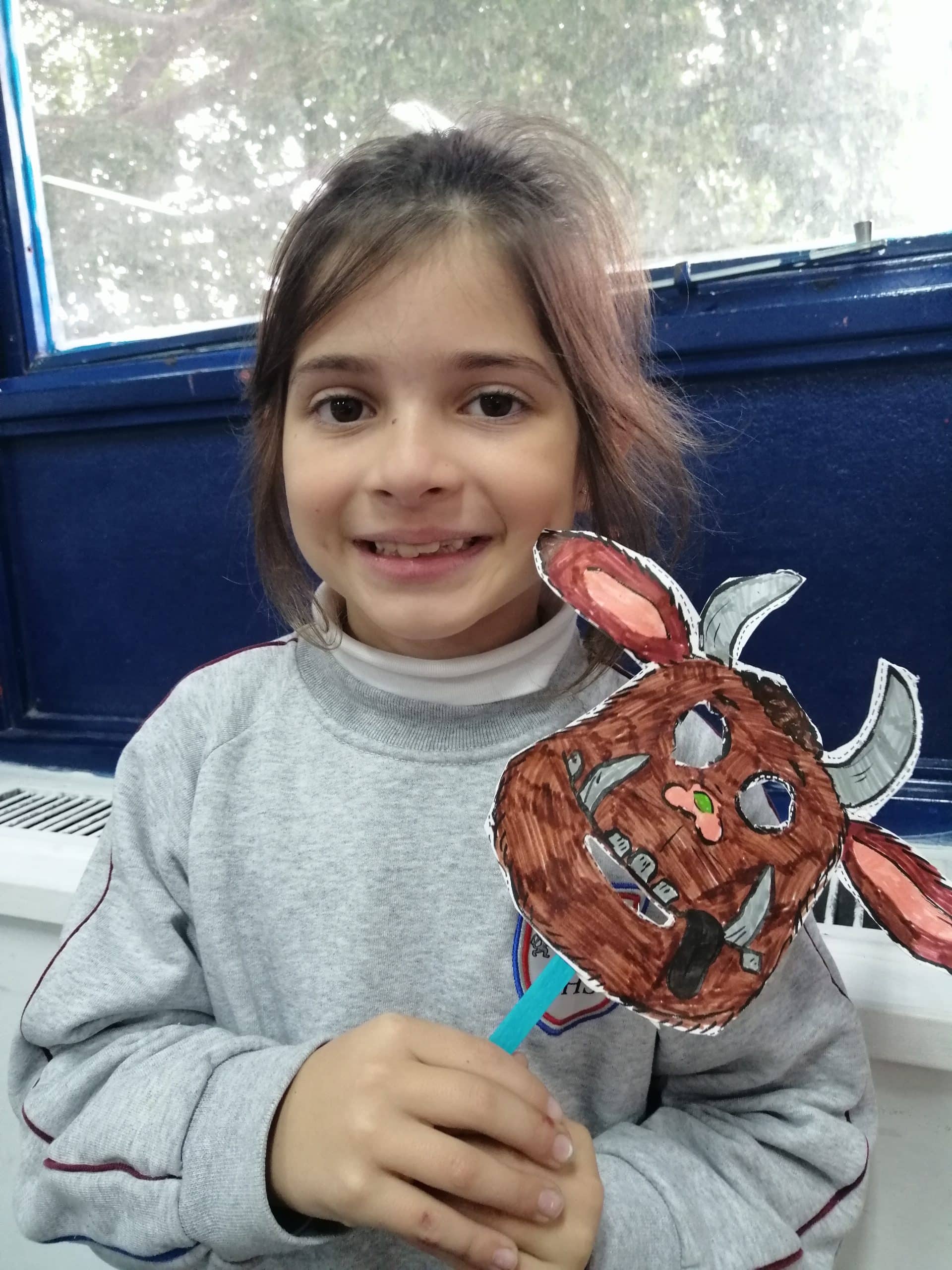 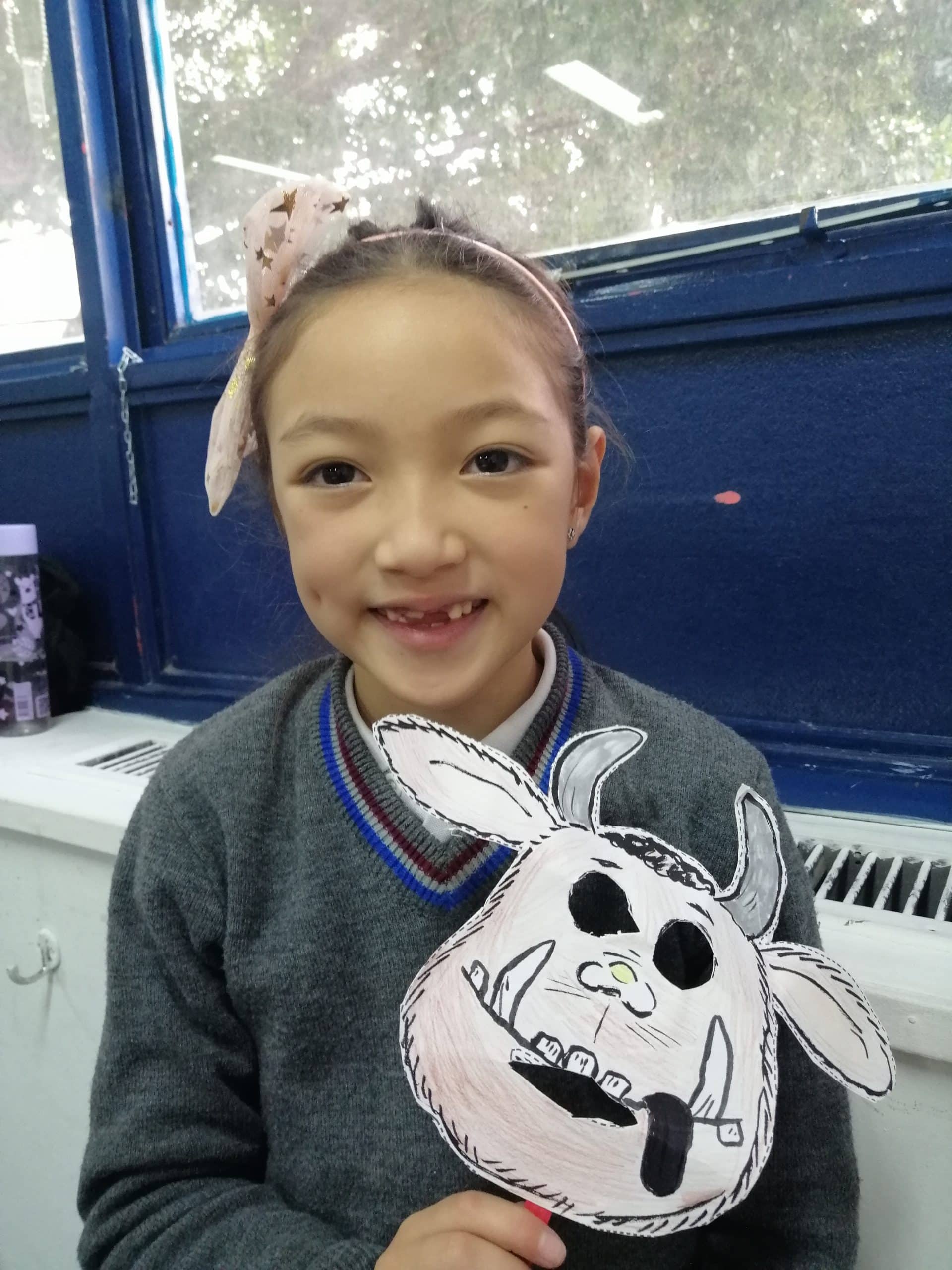 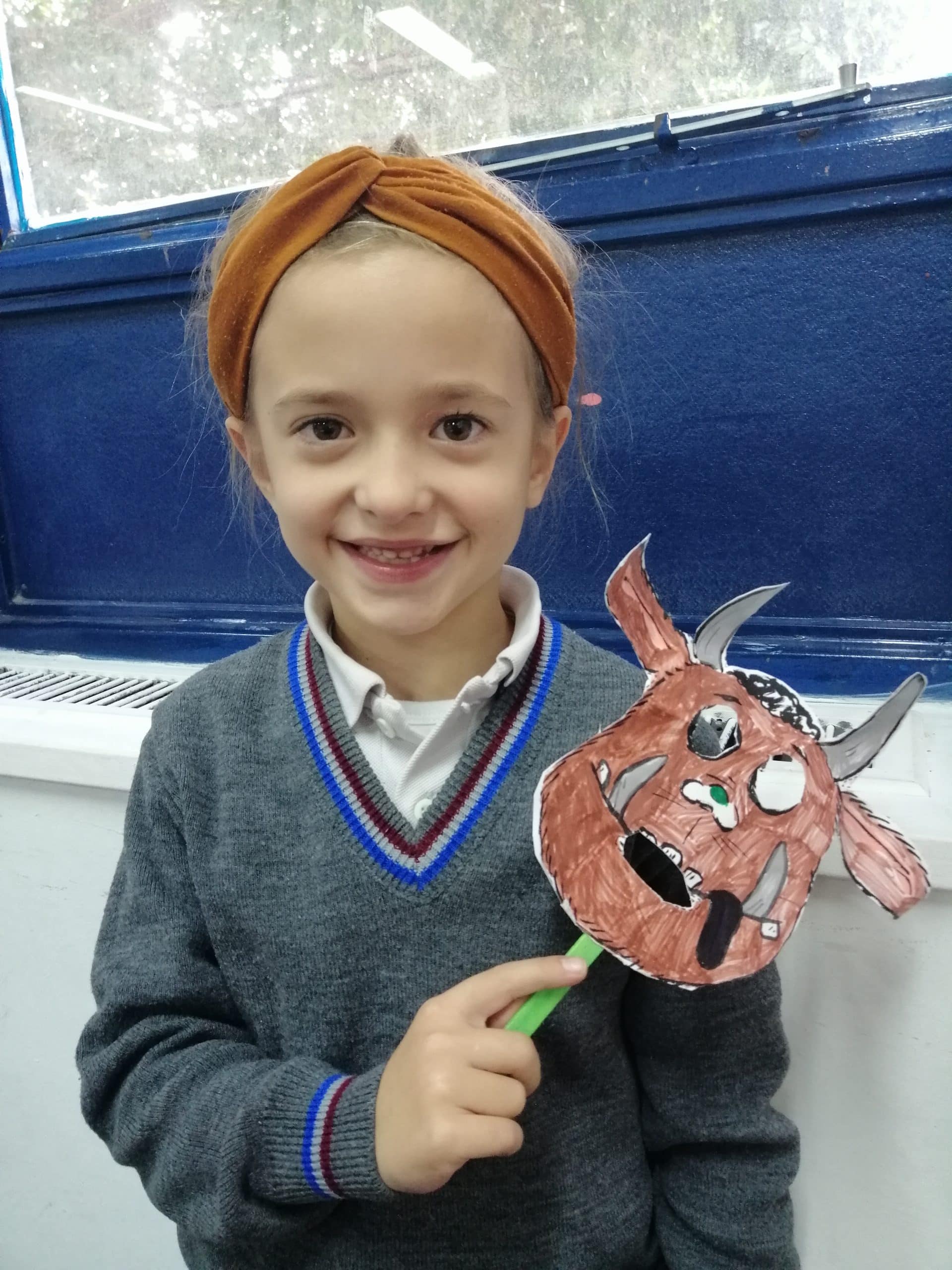 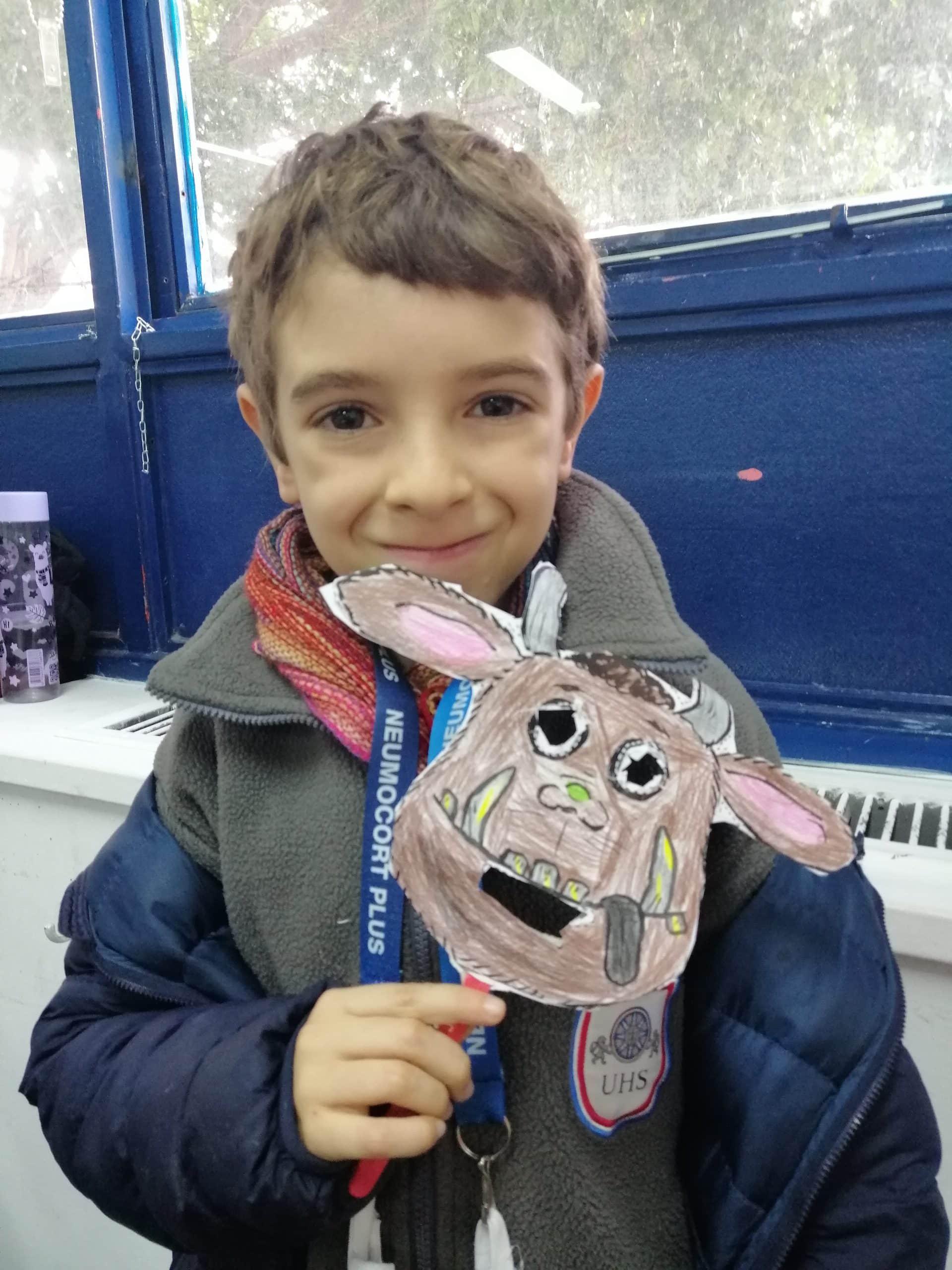 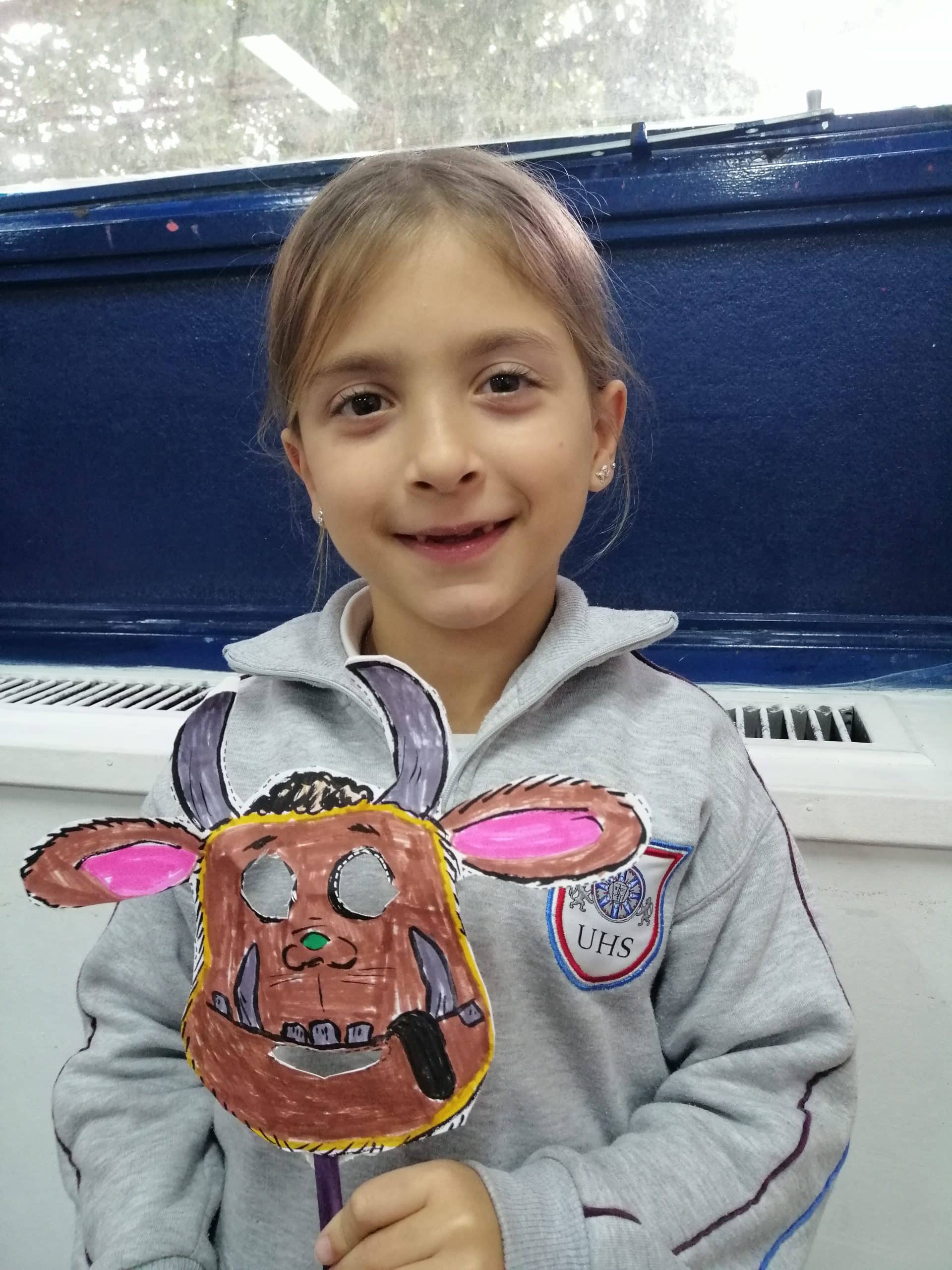 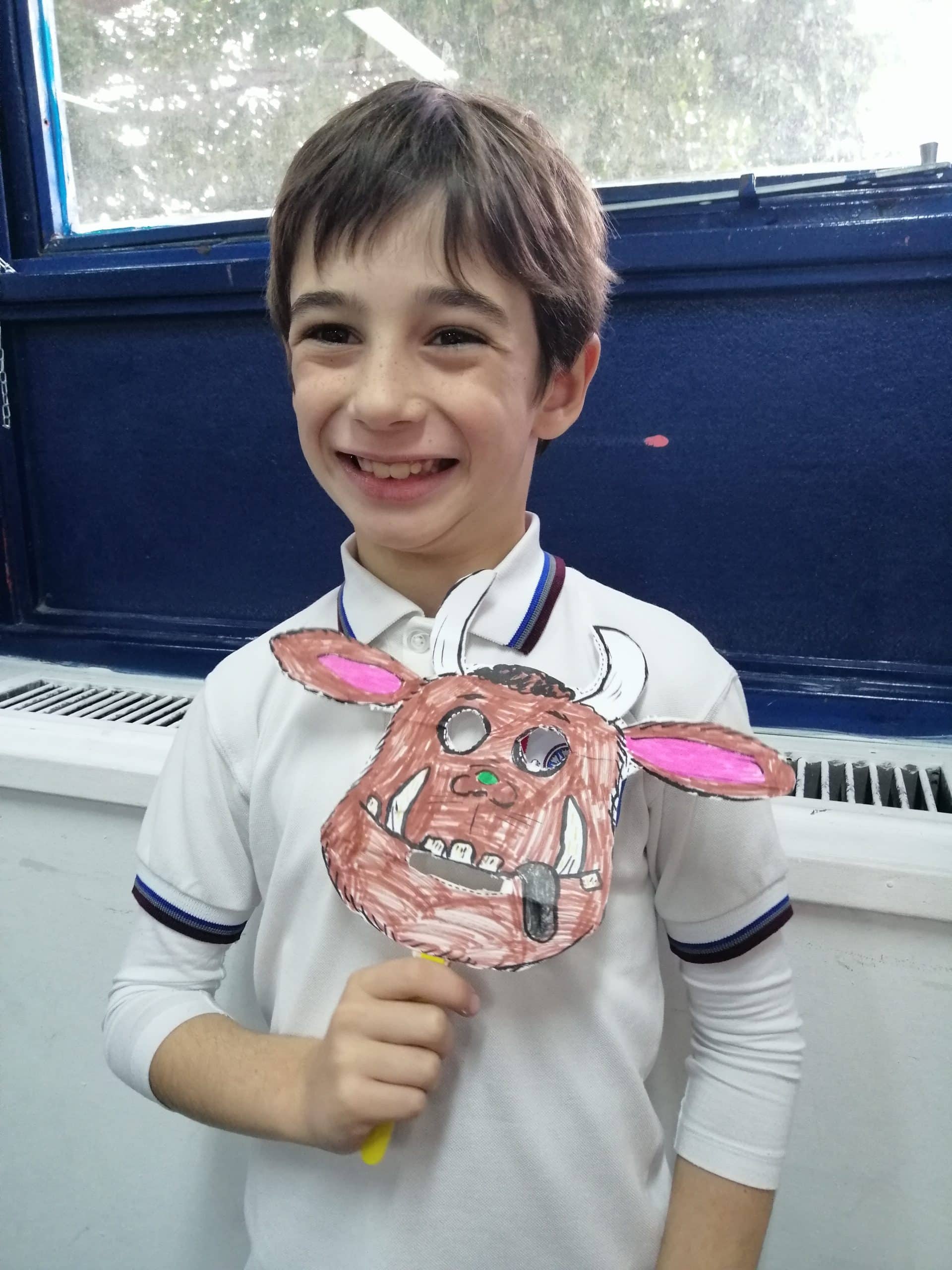 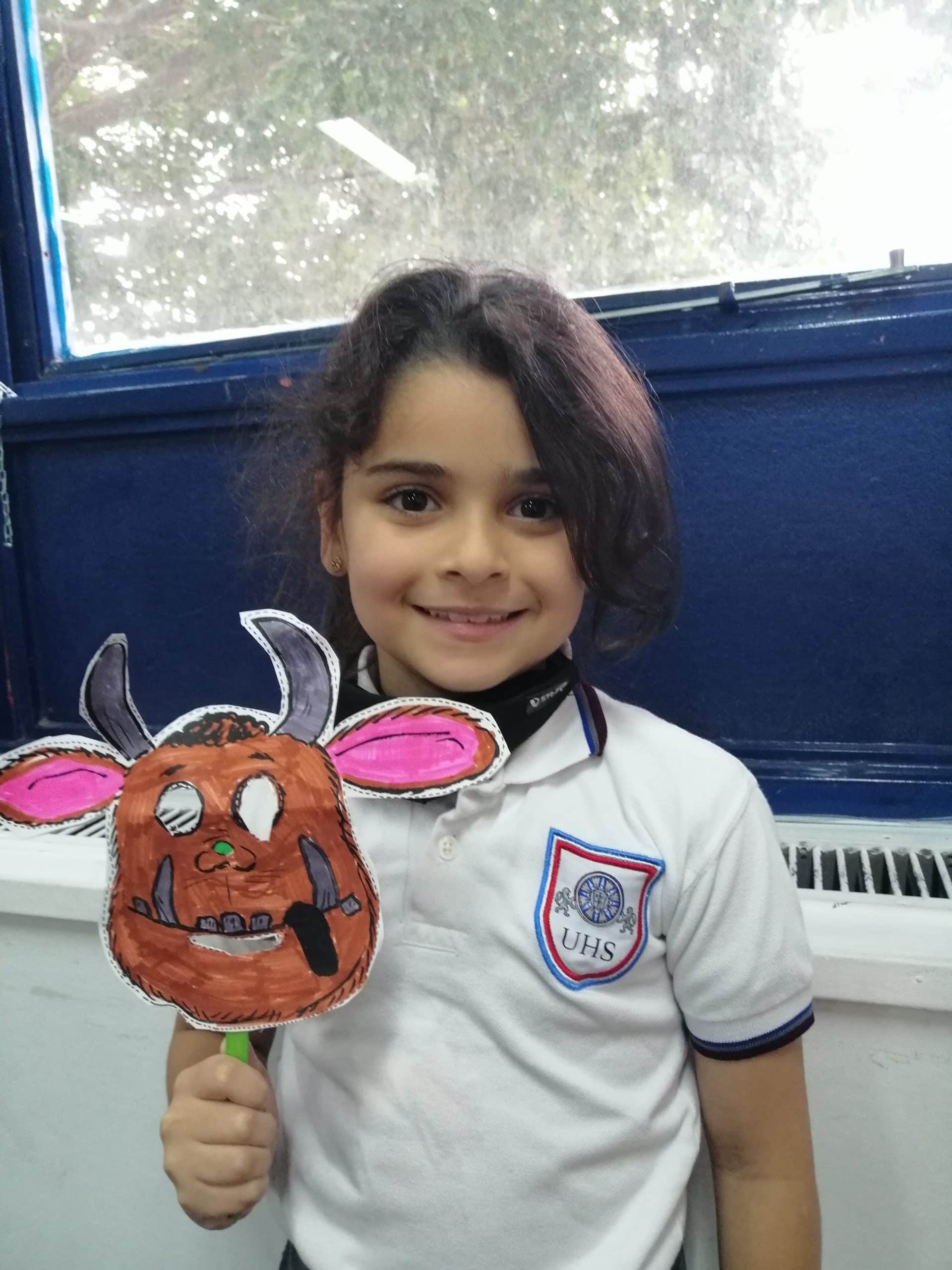 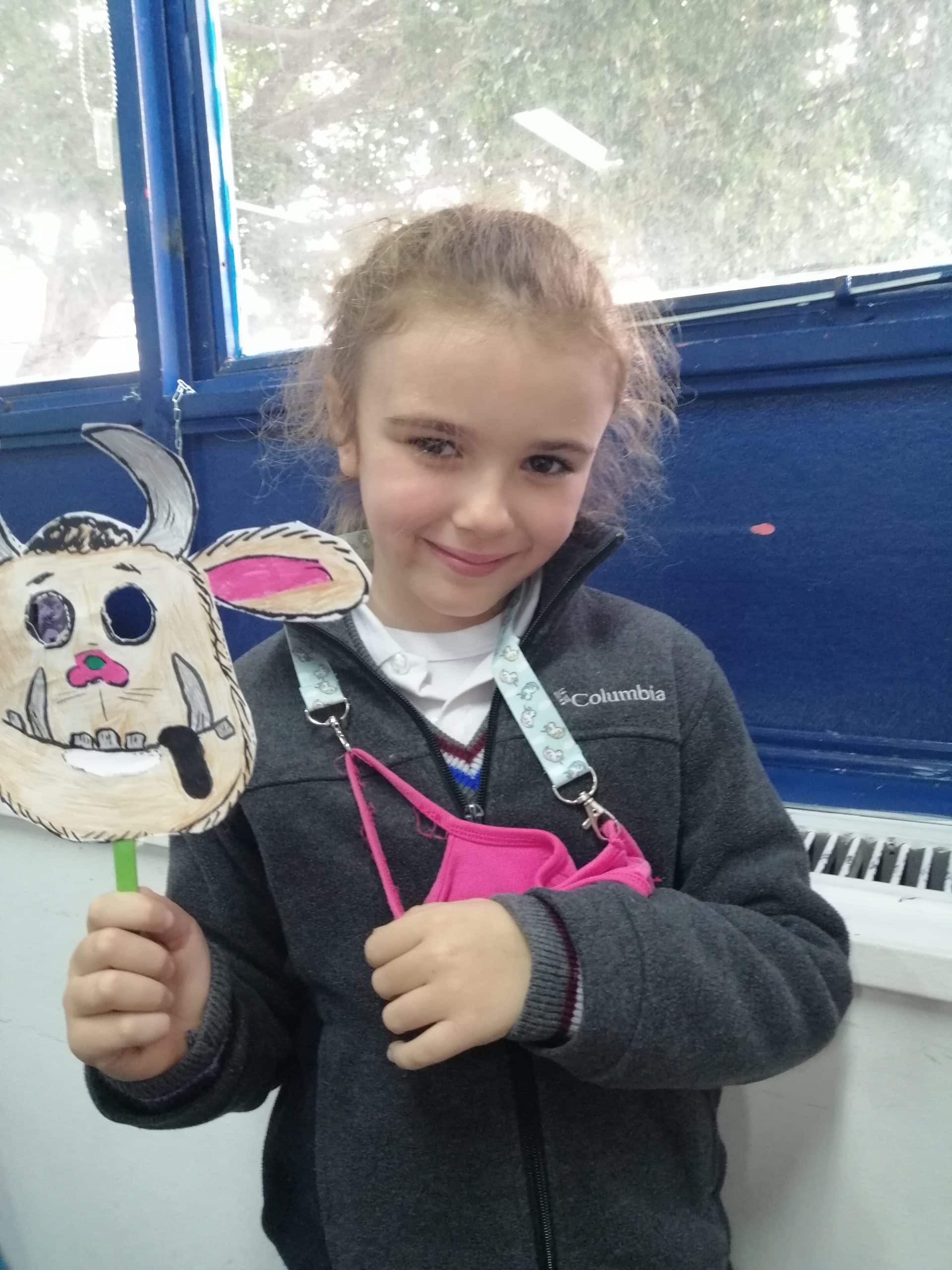 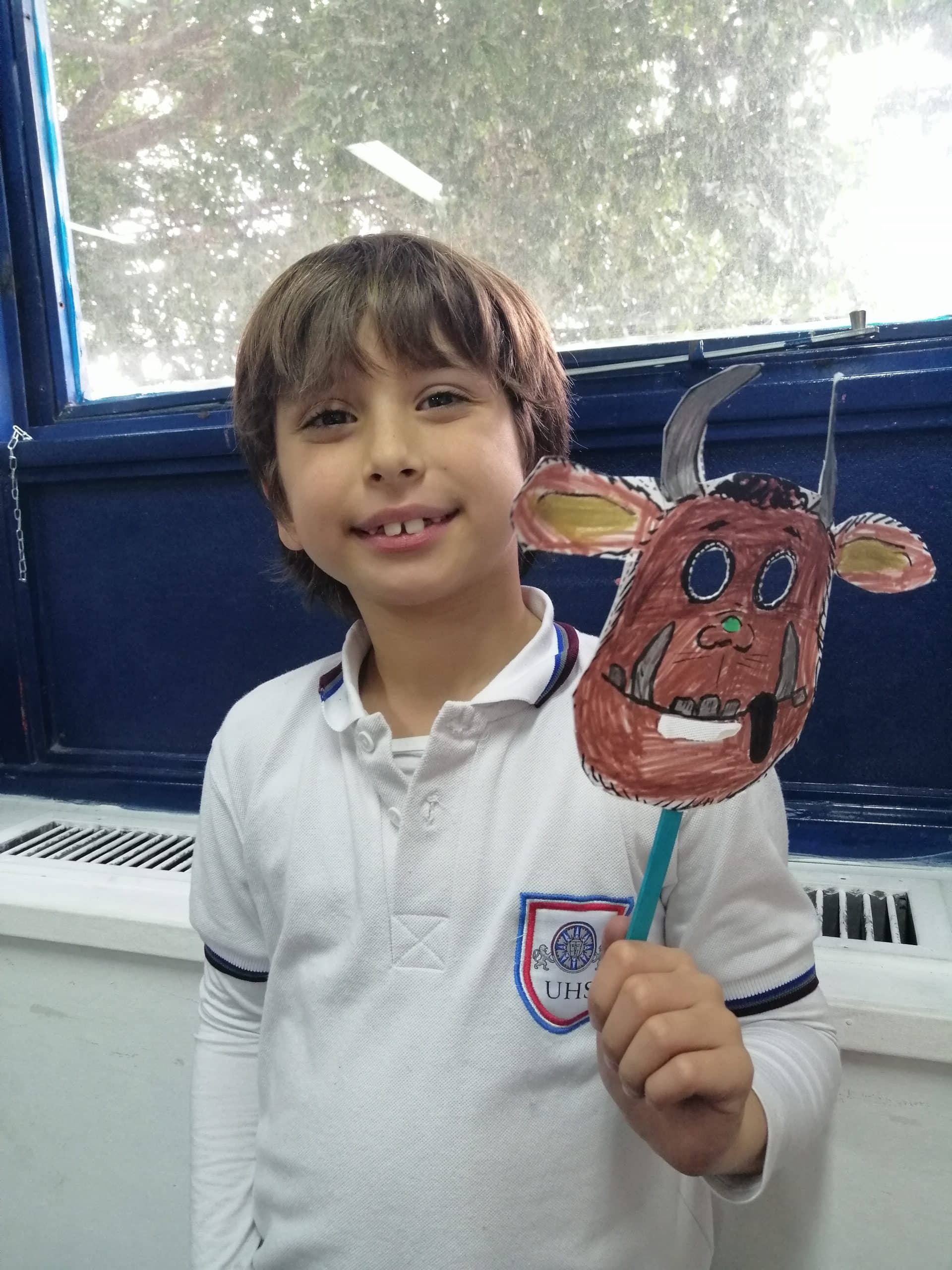 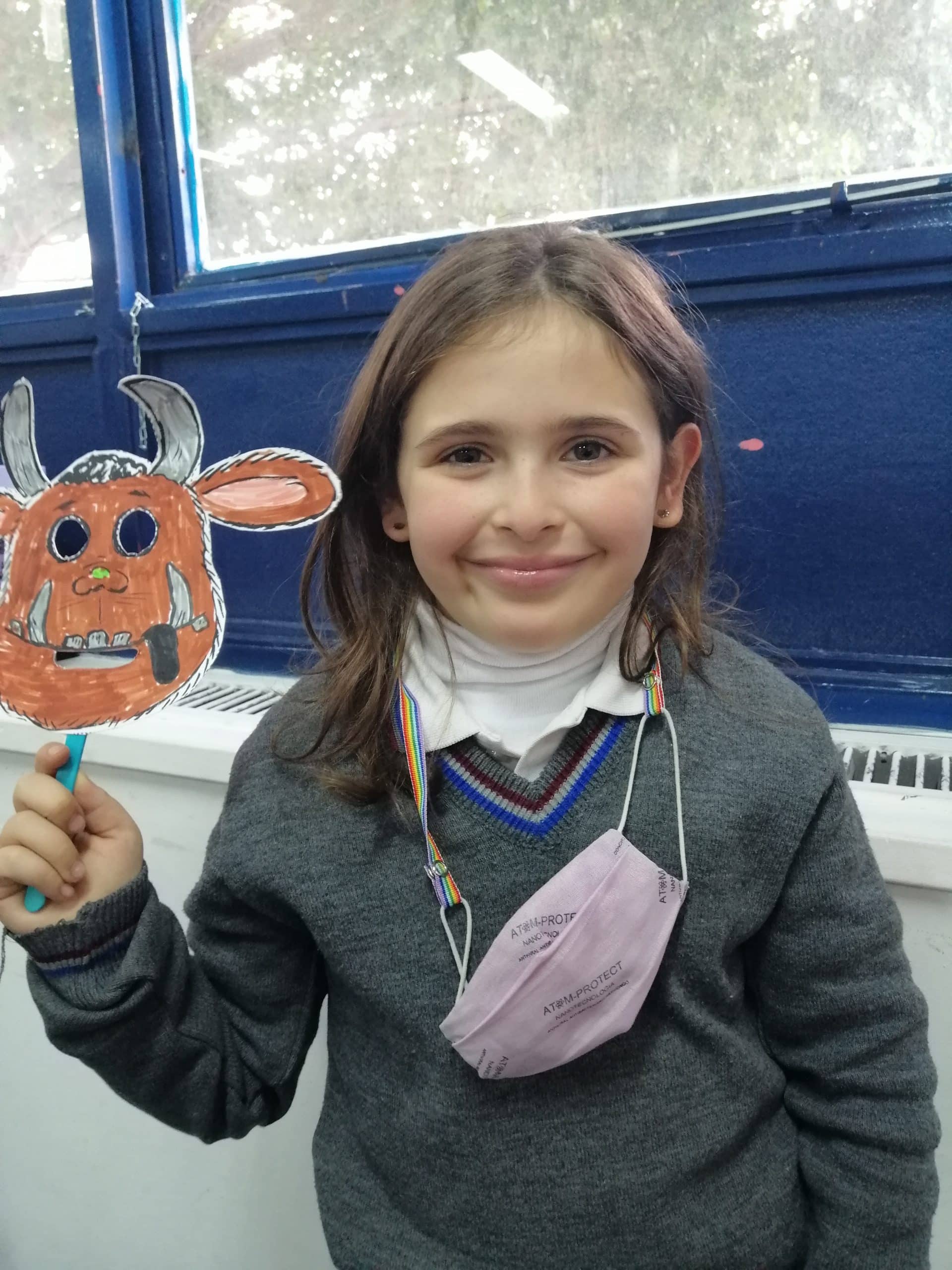 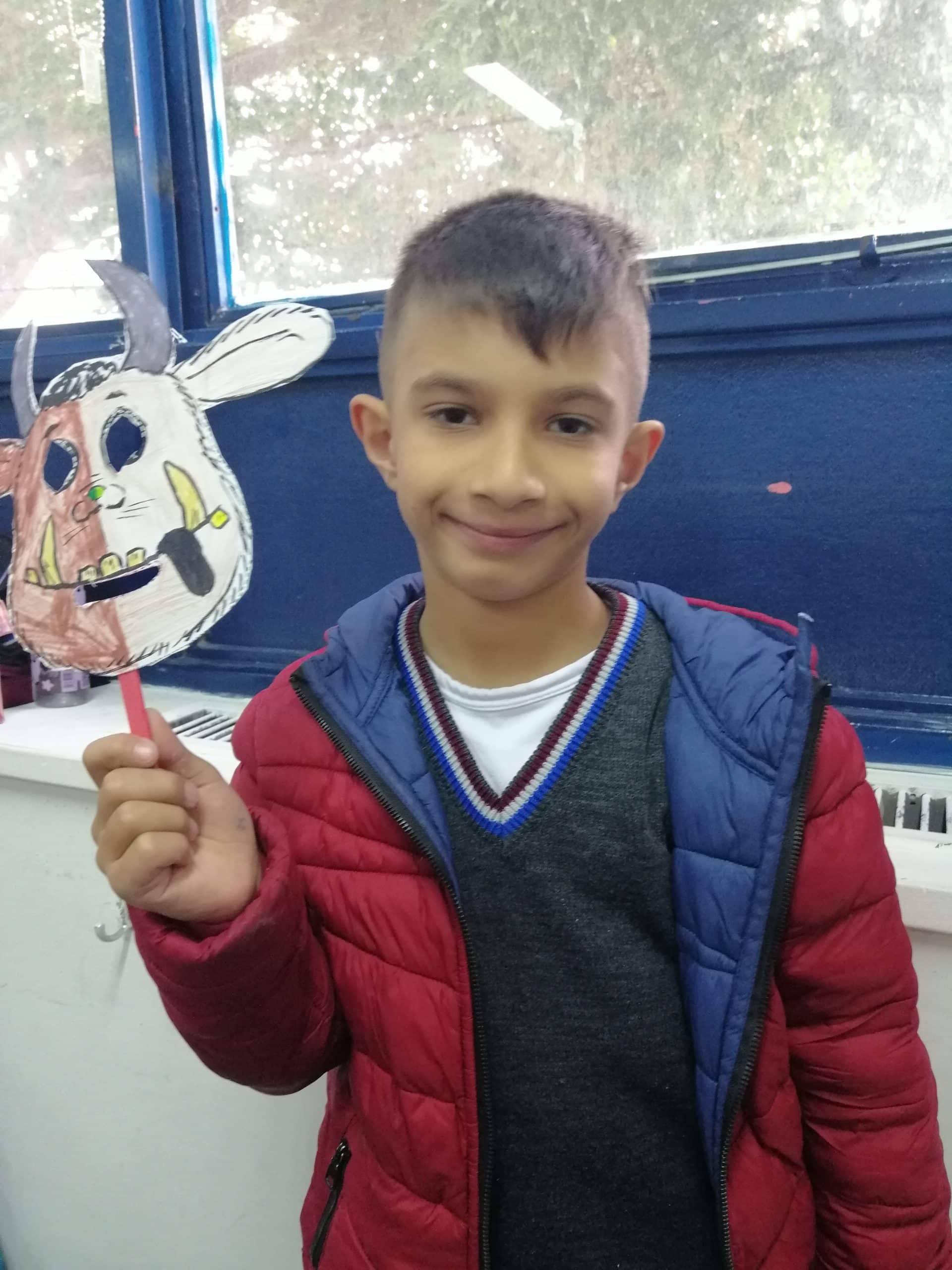 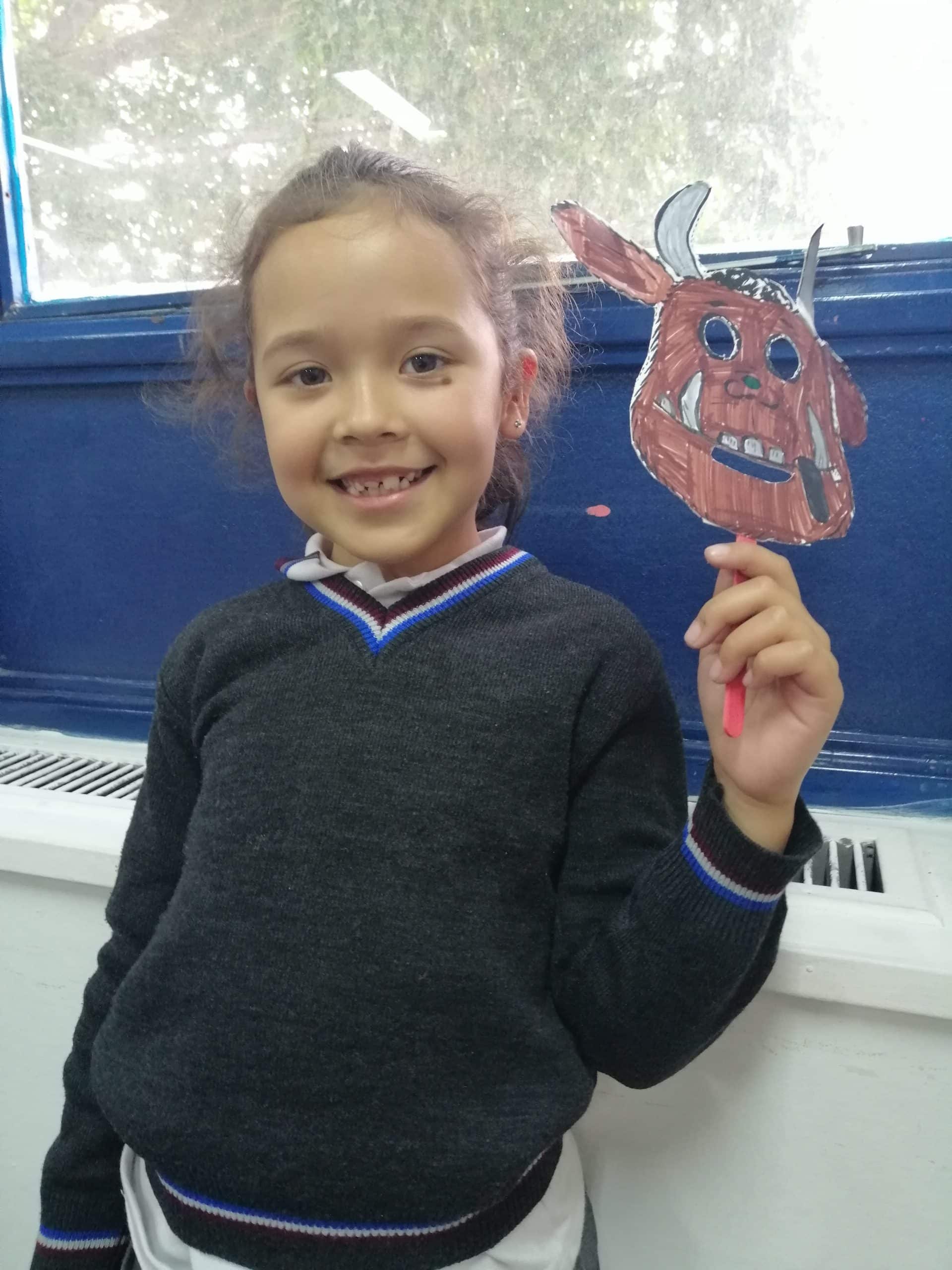 UHS2022-06-15T13:26:14+00:00
During these last weeks, the kiddos in P2A were reading and working on the reader The Gruffalo.
The Gruffalo is a British children’s picture book written by Julia Donaldson, and illustrated by Axel Scheffler. The book has sold over 13 million copies, has won several prizes for children’s literature, and has been developed into plays on both the West End and Broadway.
The book tells the story of a mouse that walks through the woods and encounters different predators (first a fox, then an owl, and finally a snake). Each of these animals, clearly intending to eat the mouse, invite him to their home for a meal. The cunning mouse declines each offer and uses clever tricks to evade danger and dissuade further advances. He tells each animal that he plans to dine with his friend, a «Gruffalo».
However, after getting rid of the last animal, the mouse is shocked to encounter a real Gruffalo – with all the frightening features the mouse thought that he was inventing. The Gruffalo threatens to eat the mouse, but again the mouse is cunning: he tells the Gruffalo that he, the mouse, is the scariest animal in the wood. Laughing, the Gruffalo agrees to follow the mouse as he demonstrates how feared he is. The two walk through the wood, encountering in turn the animals that had menaced the mouse. Each of them is terrified by the sight of the pair and escapes to his home – and each time the Gruffalo becomes more impressed with the mouse’s apparent toughness. Exploiting this, the mouse threatens to eat the Gruffalo, who flees; leaving the mouse to eat a nut in peace.
The story is based on a Chinese folk tale of a fox that borrows the terror of a tiger. Donaldson was unable to think of rhymes for «tiger» so instead, she invented a word that rhymes with «know».
P2A not only read the story and had tons of fun when learning about it, but they also sang The Gruffalo’s Song, watched the short film based on the story and created amazingly beautiful (and scary

) Gruffalo Masks!!!
Are you ready to see P2A Gruffalos???